Global revenue from mobile games is expected to rise 21% to about $37 billion this year. That’s twice what retail banks will spend on digital.  This growth has driven the China super hero Tencent to take a 84% stake in Supercell, the maker of the very popular Clash of Clans game, valuing Supercell at $10.2billion. The numbers are heady and when you look at mobile app popularity by category you can see why. Games lead in both popularity and engagement while banking apps dwell well down the list. 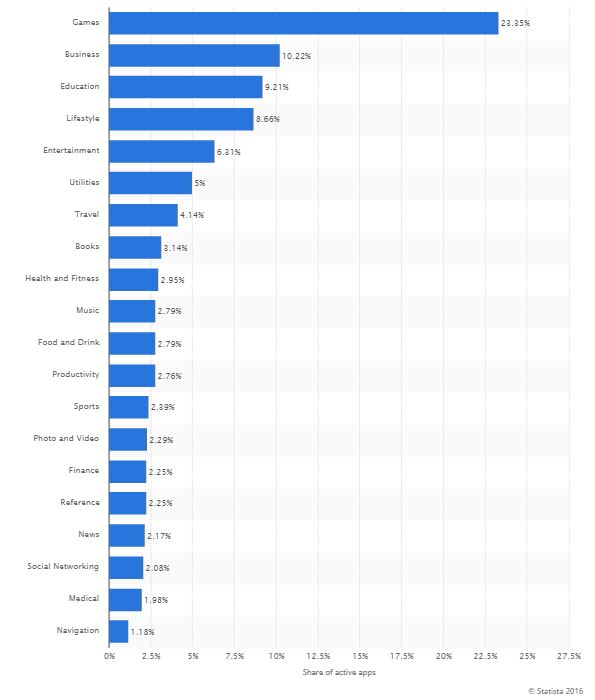 No one at Moroku is suggesting that we start making banking games. There have been a few that have tried and largely they’ve all died on the vine and none of them have been able to tie the investment to customer acquisition or other forms of value.

We do believe that we should get very curious as to the core elements of games and how they unleash dopamine in the human nervous system, drive the reward system and connect with our reptilian brain.

We often get asked how we keep the game alive so as to keep the player customer engaged. Supercell do it well so let’s look at some of the fundamentals. Rather than Clash of Clans I believe their Hay Day game is a better analogy. Hay Day and its contemporary from Zynga, Farmville all derive from that crazy 90’s Japanese virtual pet, the Tamagotchi. This genre of game is aimed at getting people to tend farms, animals, and pets and in the case of Tamagotchi, aliens. For those born after 1990, Tamagotchi was a key fob with a couple of buttons and a screen that housed a simulation game where you had to keep looking after a pet alien or it would die. Just as Tom Cruise seeks to save people from aliens living inside people, the player seeks to save the Tamagotchi alien eggs that were deposited on Earth to see what life was like, raising the egg into an adult. They were originally designed for teenage girls, to give them an idea of what it would be like to take care of children and rapidly gained wide appeal, leveraging a fundamental human need to care and be cared for. The pet goes through several distinct stages of development throughout its life cycle. Each stage lasts a set amount of time, depending on the model of the toy. The pet can “die” due to poor care, old age, sickness, and in a few versions, predators. The pet’s life cycle stages are Baby, Child, Teen, Adult and Senior.

There are a lot of tips in here for those looking to drive bank engagement. Most importantly there is the story. There’s a purpose here and the whole design is connected to the story. It centres the player, gives them a defined set of objectives, levels, rewards, penalties and constraints. It frames the context. Most digital banking applications ignore this premise of engagement “What’s the Jackanory …. Story?”  (Jackanory was a long-running BBC children’s television series that was designed to stimulate an interest in reading). The story is not “Here are your accounts. I hope you can see how little money you have?”  Nor is it “here are some tools to help your manage your money” How do you measure managed?  The story is much bigger than that. “Here’s life, it’s measured by money and to win you need to collect some along the way and not end up with the loan shark to put food on the table” Storytelling is at the heart of product development, building cohesiveness within products and teams. If you’re not sure why check this UX post out.

The second big tip is the life stages. Games that are really sticky use something us game guys and gals call Cascading Information Theory. We allow users to ‘unlock’ information about how stuff works as they proceed through the game, earning points, badges and unlocking levels. This keeps the game alive, unfolding complexity as the player build skill. To some extent Chess does this very well. You can get started by knowing the core moves; pawn square forward, bishop diagonal unlimited etc. But to get to Master you need to unlock strategies and develop a much longer term view of where to next, whilst collecting “what if” strategies. Mihaly Csikszentmihalyi went further to define how this concept of increasing skill in line challenge creates something he terms The Flow. If you haven’t watched his TED talk – Do.

The potential for applying this to financial services is very exciting.

If we are going to compete on purpose not price we must get into the story of our customers lives and build applications dedicated to guiding them through the highs and lows.

It’s increasingly clear to some of us, that “ease of use” is dead as a design paradigm. Giving people a list of accounts and transaction capability hoping that they know what to do with those capabilities is both dangerous and commoditised.

Games and gamified banking apps employ a huge range of mechanics, such as countdown employed by Hay Day and Tamagotchi. The more we get into the theory of fun, the more design levers we can pull. It’s no longer a conversation about colours, fonts and brand placement. That’s yesterday. It’s about realising that life is a game and we’re all looking out for help to win.

It’s not fire and forget for the customer. Direct debit is great for the bank as it sets things up that the bank can forget about and move on to the next customer. But in doing so we forget the customer and they ‘forget”. When they forget, they stop engaging and they stop learning. When they stop learning they stop being a prospect for the next more complex product. Let’s watch Mihaly’s video again. It’s very important that we find a way for the customer to come back and feed the pet alien. It’s good for them to learn how to look after their nest egg and its good for us because it keeps the brand front and centre.

It’s not fire and forget for the app, or apps. We’ve been talking about personas for too long. We’ve tried to build an app to fit a range of different customers at different life stages. Whilst an app built for a three year old may suit a 93 year old due to the visual aesthetics (big buttons) it’s unlikely to suit a teenager. The app built for the teenager is hardly likely to be right for the couple struggling to come to terms with owning an apartment in New York, London or Sydney. This is just the beginning of banking on purpose as we get curious about what the purpose is to support customers at their life stage. There will be a constellation of apps and the best ones will employ game design as their root cause.

It’s not fire and forget for the developer. This is a journey. It starts quicker than we used to. Before we used to sit in the comfort of our offices and arrange meetings to define a functional specification. A year later we’d release the app to market. Today we begin market testing within 6 weeks of ideation to validate the hypothesis and keep the customer in the loop as we test our hypotheses and determine what’s working for us and our customers. Moroku doesn’t have all the answers. But between us, our clients and their customers we have a very large subset of them. Who’s playing?

A fresh look at mobile money