Everyone deserves to be great with their money
Financial Inclusion represents more than a massive opportunity for banks to grow. It presents an opportunity to redefine the purpose of banking, going back to the future to rethink how financial services take customers on a journey of financial well being and be on purpose with great intent.
The majority of us do not have sufficient knowledge to understand even basic financial products and the risks associated with them. Most of us don’t plan for the future and fail to make effective decisions to manage our finances. As the global crisis has shown, this can have a negative impact on financial and economic stability, banks and the banking industry’s ability to sustain profitability as well as on individuals’ or households’ well-being. It turns out the numbers are staggering.
In the UK, the Office for Budgetary Responsibility (OBR) forecast now shows household debt in 2019 at 182 per cent of disposable income, seriously exceeding its pre-crisis (2008) peak of 169 per cent. Over the coming years, debt increases are set to outpace vastly incomes and earnings. 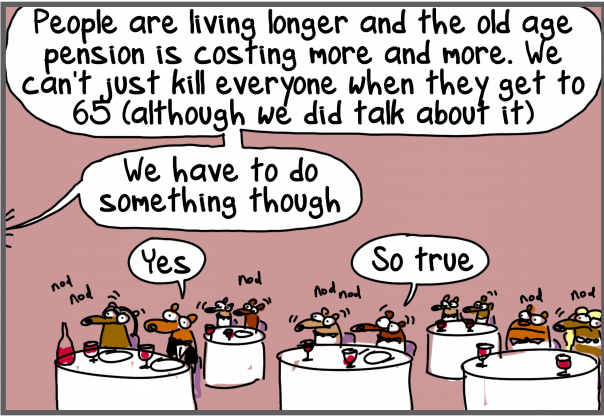 In Australia, home of Moroku, a country generally regarded as being relatively wealthy and where employers make compulsory contributions of 9.25 per cent of wages and salaries to employee retirement savings accounts, the figures aren’t much better. Only 32% of couples will retire comfortably most will live in poverty and household debt as of September 2015 stands at $1.6 tn or 100% of GDP. Australians owe $32 billion on their credit cards paying on average $700 in interest per year. With average superannuation balances at the time of retirement in 2011-12 of the order of $197,000 for men and only $105,000 for women, it is clear that most recent retirees will need to substantially rely on the Age Pension in their retirement.
In the US 53% of US households at risk of not covering essential expenses in retirement and half of households age 55 or older have no retirement savings. The average sixtysomething has an estimated median of $172,000 in the bank . According t0 the US Census 80% of people ages 30-54 believe they will not have enough money put away for retirement. By the Bureau of Economic Analysis’ latest data, Americans are setting aside 4.4 percent of disposable personal income, or about 4 cents on every dollar. Only 38 percent have enough money in a savings account to pay for an unexpected expense of $500 or more, according toBankrate.com. And CardHub.com puts the average household’s credit card debt at a little more than $6,800. Average Americans between the ages of 55 and 64 have accrued about $104,000 in retirement savings. Sound like a lot? Not when you realize that sum would translate into a $310 monthly payment if your money were invested in a lifetime annuity.
Recent research indicates that when people get some money—a bonus, a tax refund, a small inheritance—they are, in fact, more likely to spend it than to save it. Yet when asked how they would cope with a $400 expense 47% of Americans, as surveyed by the Fed, say they would have to borrow or sell something to cover it. $400.
An astonishing one in three American adults with a credit history are delinquent on their debt and the average family has $7,630 in revolving debt. Helping Americans stay out of debt, save money and achieve their financial goals are pervasive and high-priority needs, and LearnVest came up with a simple approach to addressing them. Savings statistics for most Americans are bleak, as well. The balance of the average American family’s savings account is $3,800 and 56 percent of Americans do not have rainy-day savings to cover three months of unanticipated financial emergencies. One in four American families has no savings at all. More than 90 percent of working households do not meet conservative retirement savings targets for their age and income. Helping Americans stay out of debt, save money and achieve their financial goals are pervasive and high priority needs.
30 percent of the U.S. population use high-cost secondary banking institutions such as check-cashing services and payday lenders just to access their money. In India only one in six villages have branches, and only 50 percent of the population has bank accounts. Consequently, Indian farmers seeking a loan to finance the season’s crop planting face a stark choice. They can go to a bank, likely a difficult and expensive three-hour bus ride away, with lines so long that they may not reach a bank representative before closing. Or they can approach a wealthy community member, whose annual interest rates may run as high as 700 percent. Unfortunately, high-interest loans too often are the solution.
US Student Debt stands at $1,3 trillion and you can watch it grow $2,726 every second here
Across Asia, several nations have private-debt ratios of between 150 percent and 200 percent of their GDP . They include the higher-income set — Australia, Hong Kong, South Korea and Taiwan — as well as China, Malaysia, Thailand and Vietnam. Even where debt levels are lower, Indonesia and the Philippines, the trajectory is troublesome. 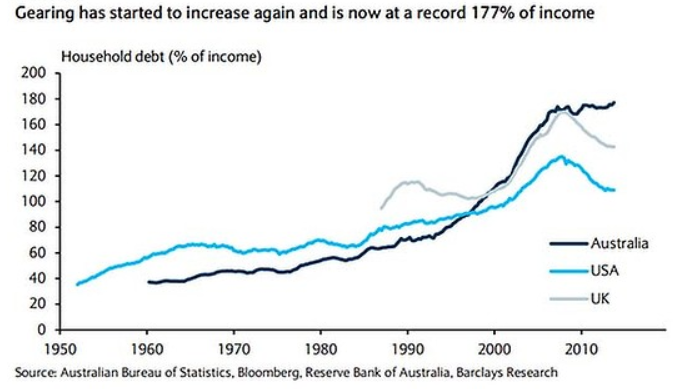 These figures generally apply to people that are banked and serviced by banks today. When we then look at the number of people around the world who are un-banked the true size of the problem begins to emerge. The G20 are highly focused on this group. Broader access to and participation in the financial system can reduce income inequality, boost job creation, accelerate consumption, increase investments in human capital, and directly help poor people manage risk and absorb financial shocks.

Whether you are investigating banking Gen Z, or have your selection criteria ready to go, drop us a line to see the best white label digital banking platform for children and their families.