Retail banking is a simple game at its heart: Banks lend money to customers and make money on the margin derived from what it costs to get that money (Net Interest Income). On top of that they then look for cross sell opportunities such as cards and insurance.

Banks largely have two sources of loan funding – Wholesale (the markets) and Retail (The customer). There are two reasons why banks favour retail sources, i.e. getting customers to save money with the bank.

The first is macro economic. Since the Financial Crisis followed by “off the hook” housing markets in key capital cities around the world, there has been increased focus by the umpires (regulators) and therefore the team strategists (boards) to reduce the reliance on wholesale funding sources and increase the proportion of retail sources of funding.

The second reason is price. Cost of funds affects a bank’s ability to price their lending products, with competitive pricing of loans being critical to their competitiveness. Retails sources of funds are considerably cheaper than wholesale sources. The greater proportion of the overall pool of funds that are sourced from customers, the greater ability for the bank to price their loans more competitively.

The root cause is the way we are wired. We are innately programmed to deal with what’s right in front of us, rather than worrying too much about the future. 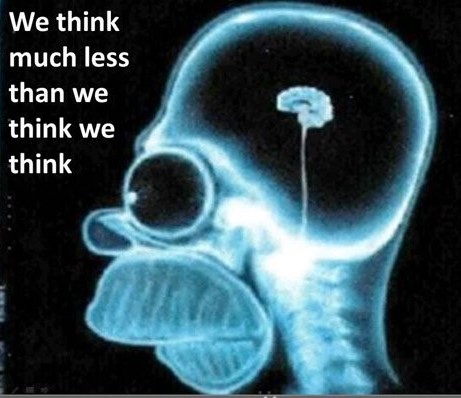 To the buddha’s dismay, in a condition known as Present Bias, we’re wired at a deep biological level to be present, being really concerned with the short term over the long term. For millions of years our primary concern was with getting to the end of the day. Cave man had no 30-year plan. Medium and long-term planning has begun to become a thing for many of us only very recently and indeed for much of the planet there is still an overwhelming focus on the present. Research informs us that we have enormous amounts of difficulty relating to our future self, indeed having a third-person perspective of ourselves in the distant future. This is a very real challenge for banking especially those models such as investing and lending which are dependent on longer term thinking.

Continued neurophysiological studies have also helped us understand what needs to occur to create the shift away from the reptilian “base response”, get people into the flow, give them the ability to achieve results and be more future looking. At the heart of this research is the important role that dopamine has in rewarding us and getting us to repeat behaviours. It is assumed to have evolved to get us to engage in those activities key to our survival such as eating and reproducing. Our understanding of this system has taught us how it can be hijacked.

If we are going to get people to behave in a way that selects the future over the present we need to provide some level of benefit in the present moment to adjust the balance and fire off the dopamine triggers. By rewarding customers in the present for taking actions that have a more long-term reward we attempt to close the gap in time between action and outcome and neutralise the effect of the other things customers could do in the present. This can be done very simply by providing points and awards for making payments on time and in full. As well as leveraging individual reward and our need for instant gratification we can also harness some of our more primal needs for connection and belongingness as described by Maslow. This shows us that these rewards don’t necessarily need to apply to our need for self-esteem in the pre-frontal cortex, but can also more powerfully connect to our need for love and belonging within the limbic system of the brain.

With this understanding, we can also begin to see that the utilitarian nature of much of digital banking, with ‘Ease of Use” as the central design paradigm is very vulnerable. This vulnerability is exposed when we look at the ranking of finance apps vs others on the app stores.

Games are a lifetime ahead of everything else, with finance way down. This highlights not only what works, but also the rapid repositioning of user expectations when it comes to digital. A player of Farmville or Clash of Clans who has been at their best work for an hour, who then flips open her banking app runs a very real risk of being underwhelmed and yearning to return to swimming in a deep pool of dopamine. Banks that want to win the game are going to have to quite literally re-write the game plan.

This will bring several benefits:

Game as an architecture

When we use game as an architecture a lot changes. Rather than thinking how we get people through the experience as quickly as possible we begin to ask how we get them to enjoy themselves and succeed? As we know from Farmville, if this ends up having them spend hours on something rather than minutes, gaining skills, overcoming challenges and sharing that with their friends and family, all the better.

Game as the engagement ammunition

Fun is a powerful way to fire trigger dopamine release in the brain. This is not by accident. As we learn from our study of most animals and how they raise children, many of life’s fundamental life skills are taught through play. Games not only bring structure to play but the theory of how to build games, or gamify experiences, unlocks an incredible number of mechanics and design principles that can be leveraged to drive engagement, learning and loyalty. 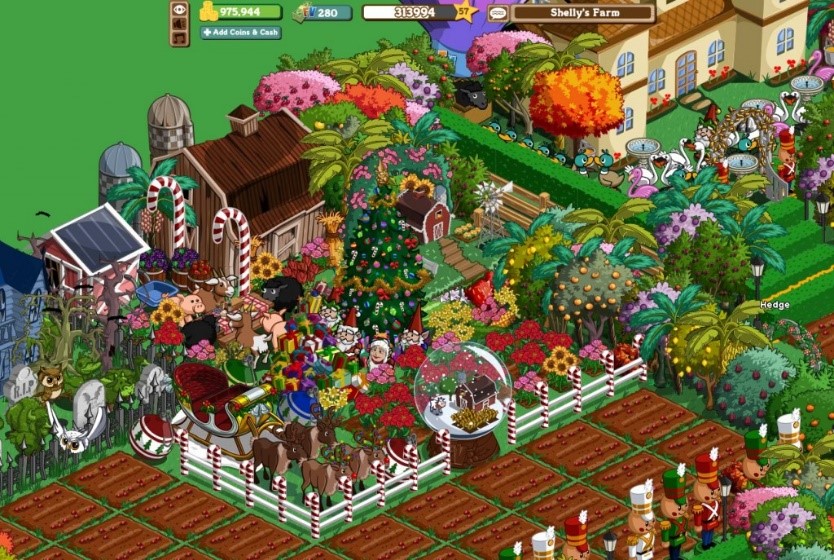 Games as a social activity

Games are most often played between players. Chess, Tennis, Doom and the raft and popularity of multi-player games are the proof. Players provide unpredictability and scheming that turns the average first-person shooter or puzzle game into a gladiatorial showdown or cooperative crusade. Not only does this provide increased engagement but it appeals to our massive need to belong. In the banking context, realising that money is almost always a social endeavour, “our house, our holiday, our car, our children, their education, our wealth” unlocks more power. It shows us how money connects people, where the viral marketing threads are and a provides a vision for social 2.0, whereby “social” occurs inside of banking as opposed to banking occurring inside of social. Rather than the bank having a Facebook page to manage customer communications, we can use the social graph to authenticate and bring people into the platform.

There are 4 steps to creating the savings game.

Game architecture combines a combination of Human Centered Design and Game Design. It places the customer at the centre of the design process as the players and uses a range of techniques to outline the levels, success, challenges, skills and other components as well as the aesthetics to be trialed in gamifying the savings experience. This process manifests itself as an app, an example of which is ChoreScout. In ChoreScout the players are parents and their children. Success is building financial skills within children, teaching them the value of money by challenging them to complete chores on time and in full and for which they are rewarded with allowances, with the app being connected to the core system to move real money between the family accounts. 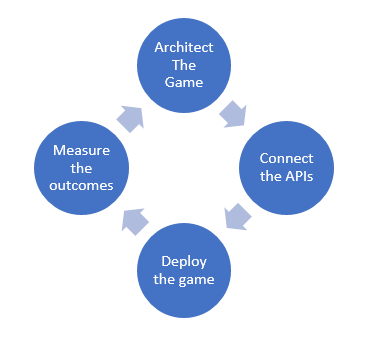 Gamification platforms such as the Moroku GameSystem, provide many of the non-banking related attributes to the application. These systems routinely provide a  complete set of technologies for the deployment and operation of the next generation of mobile banking and wealth management applications that employ motivational theory to build financial muscle and literacy. As example, the Moroku GameSystem is now being used by the world’s 3rd largest financial services technology company, Finastra, to provide their next generation of digital banking solutions including PFM, mobile banking and internet banking

Moroku GameServer embeds a powerful range of game mechanics to motivate, educate and engage your customers, individually as well as collectively. Rewards and penalties can be applied, ranked on multiple leader boards based on demographics and reset.

The GameServer control panel lets you set the trigger points for reward and penalty based on the customer activities you define along with the nature of any quizzes and other en-route activities. These are then connected to the app for the engine to start calculating positions for status and reward.

GameServer provides you the information you need to understand who’s winning, who’s losing and who’s engaging how, allowing you to refine the game and further improve the engagement education and experience.

There are two points of integration with GameServer. Web and mobile application integration occurs through a set of web resources. This allows the application developers to focus simply on the game. GameServer then comes with a set of integration and security frameworks and reference architectures to connect the game to operational systems.  The platform’s four components are configured, provisioned and licensed from the cloud.

The resulting platform, the app, connected to the game engine and the core system is then deployed to the customers as their savings app. It forms one of a constellation of apps the bank has in its armoury to help customers win, with each app focused on building skills and success in a particular realm. That are not games as much as gamified banking experiences that realise we want the customer to win. To this end the app for children savings will likely look different from the millennials saving app, different to the offset mortgage savings app and so on, depending on the segment.

As with anything new it is important to constantly monitor and tune the platform as we learn what customers respond to well, updating the rules of the game and the feedback loops, reissue the app and get on your way!

Images from SteamKraft – A Wonderful Game!