How Spiderman are you?

Solving the world’s most intractable problems are possible in the next decade. We have the science to massively impact poverty, inequality and climate change as we enter the fastest, deepest, most consequential technological disruption in history. Over the next 10 years, key technologies will converge to completely disrupt the foundational sectors—information, money, energy, food, transportation, and materials. As mentioned in Fast Company , technology is “turning the prevailing extraction and exploitation, scarcity and central control model of production on its head, driving a new model of localized creation from limitless, ubiquitous building blocks—a world built not on coal, oil, steel, livestock, and concrete, but on photons, electrons, DNA, molecules and (q)bits“.

Doing so requires governments to disentangle themselves from dinosaur burning enterprises, accelerate new systems of transport and food production and focus on building the planet we all want, not just that of a few. For those of us not in government but within enterprise leadership there is greater responsibility. Greater, because we’re not doing this to get voted back in, but because we are among the few that get to make a choice about what we do every day and that those choices are both because of and greater than us and our families. 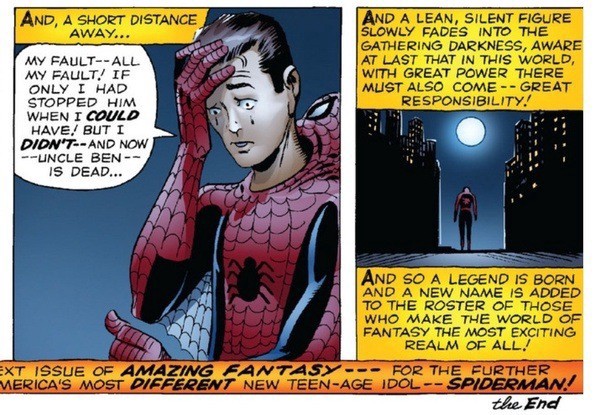 I’m often asked what my advice to an aspiring entrepreneur would be. My answer – Don’t do it. Its really hard and you run the very real risk of breaking everything that is important and of value to you; health, money, people all become at risk as you wrestle that dark side of you that brings you to the mat. Its way less risky, way more healthy to go get a job and let someone else take on those burdens. But if you do have power and privilege there is a responsibility to focus on something other than quarterly KPI’s and unleash your Spiderman.

In addition to the technology advancements we also need to be “all in” . We are at a cross roads and we cant leave it up to the leaders of big tech, big money and big government to make the decisions of how to deploy that tech. We need to help people overcome their inherent biases and make good decisions and ensure that they not only have the information and choices to make sustainable decisions but that we make them feel good about making them as well. As emotional beings we make most of our decisions based on how we feel, not what we think and then reverse engineer the logic.

Moroku’s been working to encourage financial service providers to pivot away from quarterly results, towards customer success and build sustainable businesses. As we move to a zero interest environment the entire Net Interest Income and Fees model of banking is under serious pressure. Designing user journeys based not on making products easy to use, but predicated on an acknowledgement that winning with money is hard and requires discipline is the way to release the pressure. If we deliver products and services in a way that encourages players to go about their hard work then we can all win. We believe that using game and social theories provides a lot of transformative power in this regard. In raw economic terms, the bank gets to be relevant.

Spiral Dynamics is a model of the evolutionary development of individuals, organizations, and societies. It was initially developed by Don Edward Beck and Christopher Cowan based on the emergent cyclical theory of Clare W. Graves, combined with memetics as proposed by Richard Dawkins and further developed by Flow theory owner Mihaly Csikszentmihalyi and upon which much of the GameSystem design methodology is based.  The model advances Maslow’s hierarchy of needs and lands on a place where eventually we get to be bigger than ourselves, operating holistically with compassion and harmony. 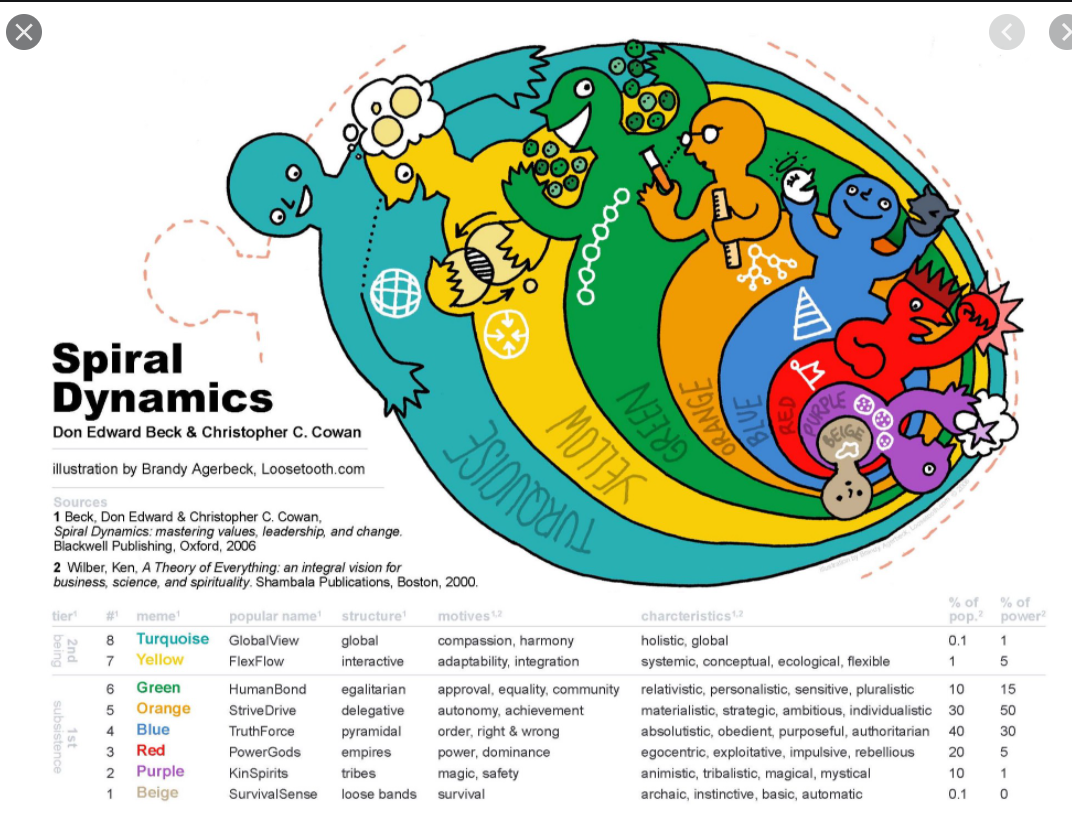 As the planes leave the skies and the oil price collapses there is a lot of hope for the planet. But there is more to be done. Moroku’s contribution will be to encourage energy retailers and solar companies to encourage, reward and motivate customers not just to flatten the peak demand curve but to decarbonize the planet. Solar and onshore wind are now the cheapest sources of new-build generation for at least two-thirds of the global population. Those two-thirds live in locations that comprise 71% of gross domestic product and 85% of energy generation. Battery storage is now the cheapest new-build technology for peaking purposes (up to two-hours of discharge duration) in gas-importing regions, like Europe, China or Japan. We have it within range, we most accelerate the adoption, help everyone make it important and create the planet we want.

Today we relaunch our mission and website to help make this more clear and encourage all enterprise leaders in finance and energy to take up the challenge. Not just to change the technology and systems but authentically encourage customers to win financially and environmentally through whatever means we can but specifically the use of game and social theory to overcome our inherent biases and get on our game!