Players consider switching banks in order to access the “game”

Gen Z is the first generation growing up around fintech, with most being introduced to money management apps from 7 or 8 years old. But by what it seems, many  banks, traditional and challenger are going to miss the boat with Gen Zs.

The under 18’s will reshape banking. Our mission here at Moroku is to ensure that the banks that do want to re-invent for the future are well equipped to do so.

Liliia deCos’s thesis from Turku University concludes that it’s really important to teach children about money from early childhood. Her analysis showed that the majority of children do not receive financial education at school and that there is a big opportunity for financial institutions to enter the market and fulfill this gap.

Her research showed that the reasons for limited knowledge about how money works amongst adults and children were boredom, lack of motivation and engagement. Liliia goes on the conclude that public opinion regarding the use of game design  in education is very positive and people would gladly accept the opportunity to teach their children money management using a gamified solution.

Her interviewees acknowledged that their children play various games. Moreover some interviewees encourage their children to play educational games, stating, “…. it is more effective to make children learn via games than via standard exercises”.  The data supports the notion that banks and other financial education providers have tremendous opportunities in this area.

Planet Orange is a website developed by ING Direct for the purpose of helping school students learn some basic money skills. Through a series of “missions” (games) to Planet Orange students gain or lose money. Students can design an avatar to represent themselves on their missions. The students gain invest or spend the money they gain to match their budgets and reach their goals.

Liliia reviewed ING’s investment in Planet Orange and the bank’s decision to invest in the idea based on following reasons:

– The opportunity to bank a previously un-banked segment of the market before competitors, resulting in growing its customer base and generating future revenues
– A possibility to cross sell and up sell products and services to the family members of the “Planet Orange” users
– Creating a positive image of financial solution provider
– Gaining loyalty from the next generation of customers
– Increased reputation

The results from the research support the investment decision. All interviewees admitted that they would perceive banks that provide financial education to children more positively. Moreover interviewees would consider opening savings account from these banks or even switching their banks in order to access the “game”.

The results obtained from the surveys revealed that the majority of respondents would perceive such banks as “very positively” (49%) or “somewhat positively”(42%). This shows that the surveys are in line with the interviews and the banks reasons for investing in similar projects.

Even though ING makes opening a savings account compulsory it shouldn’t be an issue gaining new customers. Liliia concludes that utilizing gamification as a tool to deliver financial education to children can benefit both banks and consumers. Since competition is low in the existing market and acceptance is high among customers. 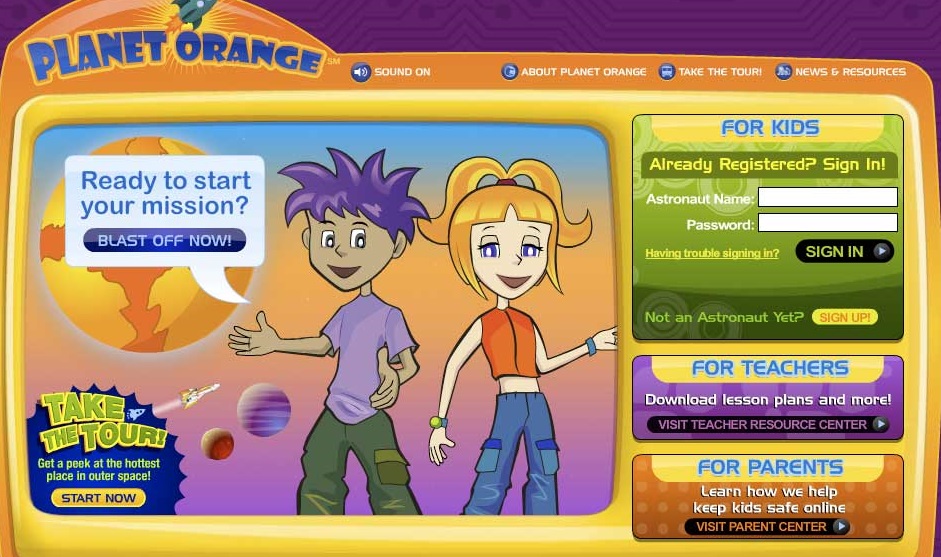 NatWest gets in on the act

In a similar move, that is not gamification but game building, UK Bank NatWest released Island Saver on popular game consoles. With schools criticized for the lacking amount of education they provide for money, NatWest has taken up the challenge. Children get to run around the island, pick up trash and earn cash. The British bank has even borrowed some animals from down-under, asking children to help a kiwi find his missing nest eggs. Perhaps helping pheasants isn’t a thing in England.

With no bank accounts and no money its hard to see the real money connection but the intent is clear as are the investment dollars mounting in Generation Z banking and the use of game design as the lead principle. 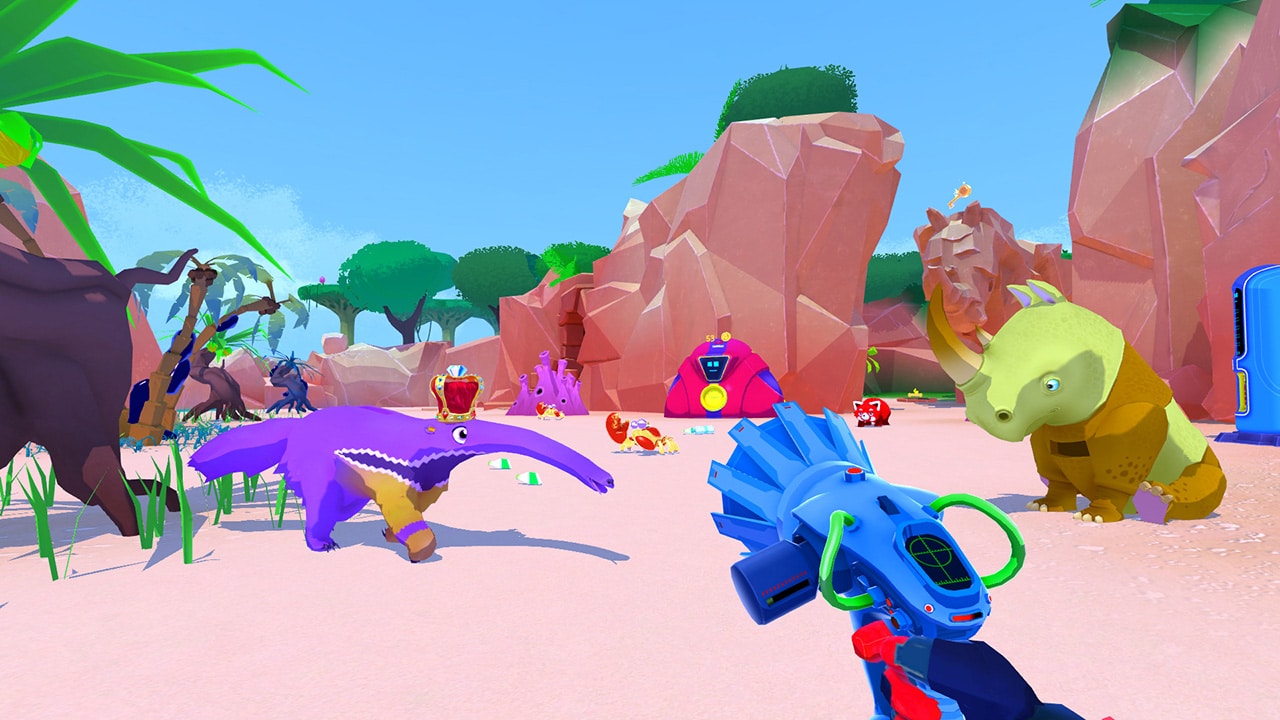 Then the Challengers follow through as Revolut launches Youth

Challenger bank Revolut has launched Revolut Youth, targeting 7-18-year-olds. The service includes a card, which can be controlled by its holder’s parents’ Revolut account, and also a child-friendly app. Revolut Youth users will be absorbed onto the bank’s main platform once they turn 18. Market data shows that most customers stick to their first bank for life, and while this might change as banks increasingly market themselves as subscription services, it still underlines the importance of first mover’s advantage in the sector.

In the UK, those aged between 6 and 18 earnt £4.5bn last year and – between fees and spending data – they would constitute an additional revenue stream for the challenger bank. Revolut Youth aims to disrupt a market currently dominated by pocket-money cards that charge a monthly fee, such as Osper and GoHenry in the UK. Revolut’s advantage on such services is dual: first, the service is free of charge and second, it also saves children and parents the hassle of setting up a regular account once its Youth users turn 18.

Fellow challenger bank N26 actually started as a childhood card with an accompanying app called Papaya. The German start-up then pivoted to their current model, which turned them in one of today’s richest FinTechs. “In retrospect, the pocket money card is a crazy idea, actually crazy,” N26’s execs said at the time, casting doubt on the GoHenry model also recently adopted by Spain’s Mitto, which announced a €2M seed round last week, as well as by France’s PixPay and Australia’s Spriggy

As nationals and challengers enter the market, so too the globals

HSBC has opened its PayMe service for anyone over 16 years old.

It is offering free, instant payments to individuals and businesses within Hong Kong. PayMe users will be able to top up their accounts by direct debit from 14 local banks, including HSBC. The bank said PayMe can help teenagers to connect and interact with their peers, who frequently share expenses on dining, entertainment and travel bills. Parents can take part in children’s financial education by keeping track of their expenses through the linked supplementary credit card or bank account.

Whilst a narrower category than the above examples, extending a pre-existing platform further down the age range is a natural path for the bank to move incrementally into the market perhaps preparing it to extend to younger children in future, given the bank already offers children’s savings account for those over 11.

Whilst Spanish national bank Caixa spins off a youth offering

CaixaBank has relaunched its mobile-only youth-oriented banking offshoot imagin as a lifestyle platform offering a range of banking and non-financial products.

Launched in 2016, the refresh will see imagin serve 2.6 million customers, including users of imaginBank, as well as customers of CaixaBank’s children and young people segment. The app-based bank breaks down its user base according to age, with 0-11 year olds tempted by gaming-based educational products, the 12-17 age group offered contents and services around personal spending and financial management, and 18+ customers wooed by a mix of financial and non-financial lifestyle services, including music, video games, trends and a tech shop