Since the turn of the century banking has undergone a rapid digital transformation. No longer do people line up in branches to do their banking instead they use their smartphones and computers, where monitoring accounts and transferring money is never more than a few clicks away. With this level of control, financial literacy and banking ability should be stronger than ever, but this is not the case. Repeated studies in both the United States and Australia show that the majority of us are seriously lacking when it comes to these skills. 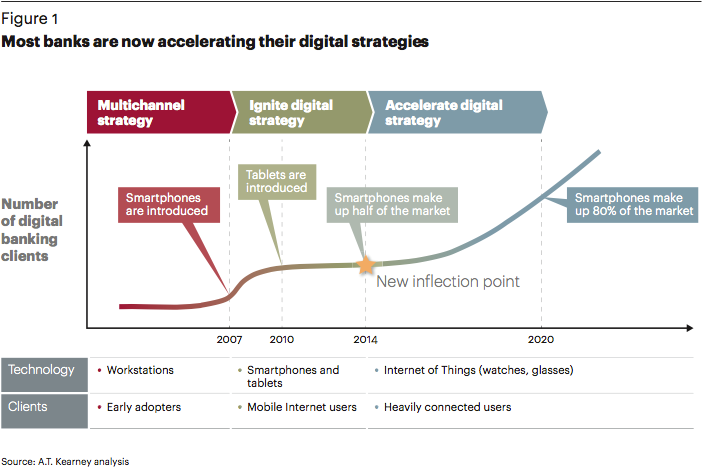 A strong indication that we are struggling is our growing credit card bill. In just over a decade Australian credit card debt nearly doubled, growing from $27.6 Billion in 2004 to $50.9 Billion in 2015, an increase of 39% per person. Keep in mind this increase occurred during a period of slow economic growth being driven by bad consumer spending habits stemming from poor financial literacy.

So why have financial skills decreased? An increasingly complicated financial landscape driven by the further digitization of banking is at the heart of the problem. The turn of the century saw the widespread introduction of online solutions and banking services causing a rapid increase in digital banking customers. Following the introduction of online products studies showed a drop in financial skills indicating that people were struggling to adapt to the changing landscape. One of these studies, the Australian Financial Literacy Assessment Report, found that young Australians financial skills were severely lacking. Prompting CBA’s chief executive Ralph Norris to comment that they were “at risk of being rapidly plunged into bad debt and early financial crises.”

Smartphones and tablets, 2007-2011, introduced us to banking apps and caused another spike in digital banking customers. As was the case following the introduction of online banking financial literacy once again suffered. A report conducted on American graduate students, after mobile banking had become available, found that on average a student had three credit cards. With some students possessing a staggering six, with a total debt greater then $15, 000. It is concerning enough for a student to have three credit cards, to have six while studying full time indicates a serious lack of financial skills. This is a problem that has occurred as a result of banking products, such as credit cards, payday loans and short-term high interest loans being increasingly accessible due to the digitization of banking. Individuals are encouraged to apply for these products and can do so with ease. Causing people to make financial commitments that they do not properly understand and that will damage their financial health in the future.

Today’s financial landscape is more complicated than ever. Younger generations are forced to decide if they will take on student debt while older generations, with increasingly life expectancy, are required to make important decisions regarding their retirement. The fees intended for instant bank are usually a little bit higher than in the event of using additional online bank methods. It may come in type of certain percent from the amount of cash being delivered, or in form of collection fees. For these decisions, as well as everything in between, financial literacy is essential. Improving these skills remains a challenge, and requires the input of parents, schools, financial institutions and most importantly banks. After all individuals who are financially literate apply for more loans, have lower delinquency rates and are more profitable, making better banking customers.

With this background, perhaps it is hardly surprising that there is a yawning trust gap for banks, with customers trusting strangers (aka Uber drivers) more than banks as social media creates the glue between them.